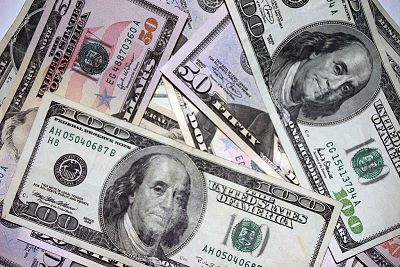 An organization has recovered nearly $900,000 for buyers who paid far more for coins than they were worth.

The consumers had purchased the coins – mostly overpriced bullion coins and other modern issues – on the basis of telemarketers’ sales pitches, NCA said. It said the Alliance was able to obtain full refunds totaling $884,769 for coins which were worth a fraction of their purchase price.

The Alliance has now recovered a total of more than $4 million for such consumers since becoming operational in 2005. NCA intervenes on these buyers’ behalf, engaging legal and other professional assistance if necessary, in an effort to ensure that coin consumers are getting their money’s worth.

The Alliance is reviewing other disputes involving coins for which consumers paid more than $10 million.

NCA seeks no compensation when it enters a dispute on behalf of an aggrieved consumer – even though it frequently incurs substantial legal bills and other expenses in the process. Funds to cover such costs are contributed by coin dealers and collectors who share its concerns. On several occasions, consumers who were aided by NCA subsequently donated funds to help it continue its work on behalf of others.

The Founding Members all are professional numismatists, and all have been coin dealers for more than 20 years.

Disputes involving potential abuses are referred to NCA by a number of sources, including hobby organizations, numismatic periodicals, law enforcement agencies, reputable coin dealers, and consumers and their families and friends. The American Numismatic Association and Coin World have been particularly helpful in alerting the Alliance to apparent abuses, NCA said.

In an overwhelming majority of disputes, NCA said, the potential abuses involve senior citizens who have bought coins from telemarketers. Upon learning of such disputes, NCA contacts the consumers to determine the validity of their claims and asks for copies of all pertinent paperwork. If it decides that the sellers took advantage of the buyers, it contacts the sellers and urges them to make restitution in order to avoid legal action.

About 90 percent of the disputes are resolved through negotiations between NCA and the sellers. The other 10 percent can be far more costly and time-consuming. For instance, the Alliance spent nearly $20,000 on legal fees to help one elderly man attempt to recover half a million dollars he spent for coins that, in NCA’s judgment, were worth a fraction of that amount. In one noteworthy dispute, NCA said, coins purchased by an elderly gentleman in Arizona and priced at more than $100,000 were housed in holders from two grading services – National Numismatic Certification, LLC (NNC) and the Numismatic Trust Corp. (NTC) – and consistently carried grades significantly higher than what the Alliance deemed to be accepted market standards.

The Alliance said it plans to intensify its scrutiny of such grading services, and also is developing plans for new educational programs aimed at alerting the public to the dangers. Further information about NCA is available at its Web site, www.stopcoinfraud.org.