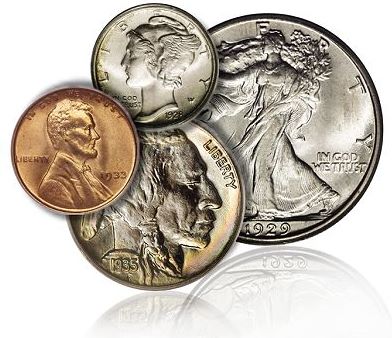 The Numismatic Consumer Alliance, Inc. (NCA) helped recover more than $1.1 million in the last eight months of 2011 for victims of unscrupulous coin sales, according to John Albanese, founder and president of the not-for-profit watchdog organization.

The Alliance has recovered more than $6 million since becoming operational in 2005. That’s an average of more than $1 million per year. The most recent cases followed the same disturbing pattern as previous ones, Albanese said.

“We’re seeing the same kinds of abuses,” he said. “Fringe grading services slab inferior coins with outrageously high grades – and then these coins are sold to unsuspecting buyers for prices that are far beyond what they’re worth.”

In one particularly egregious instance, a fringe grading service awarded a grade of Mint State-65 to a 1912 half eagle that Albanese said “at best is AU-50 with light cleaning.” This, he said, “converted a $500 coin into a $12,000 coin.”

There have been growing problems lately, Albanese said, with sellers who fail to deliver coins after receiving payment from consumers.

“We’ve been getting more complaints about non-delivery,” he reported. “This amounts to a double ripoff: After paying far too much, the customers don’t even get the overpriced coins.

“Unfortunately,” he said, “non-delivery is something we can’t do much about. We’re not a law-enforcement agency, and we don’t have police powers to investigate this sort of problem. But we try to help out.”

The New Jersey-based Alliance intervenes on behalf of coin scam victims – engaging legal and other professional assistance if necessary – in an effort to counteract and discourage flagrant abuses in coin-related transactions.

In one recent case, for example, NCA received expert assistance from Joseph Presti, a New Hampshire professional numismatist who also is a licensed attorney. Presti’s legal work played a key role in bringing about a recovery of more than $300,000 for an aggrieved consumer.

“This was a case where modern coins were sold for inflated prices,” Presti said. “It’s the sort of thing that frustrates me, because it gives a bad name to coin dealers as a whole, including the great majority who are honest.

“I’ve chosen to make this industry my profession – and there’s a difference between a profession and a job. I treat it as a professional, and I want other dealers to do the same. The work NCA does is wonderful, and I’m proud to be associated with them. I think more dealers need to get involved for the long-term betterment of our business.”